Sio Bibble led his group of Ithorian helpers that included Esoom and R2-CM to a huge round and open outdoor commons area. It was enclosed by buildings on all sides with a large walkway going threw the middle that led to Queen's throne. The area also had many trees, fountains, people and birds of all kinds. There was a river of water that wrapped around in a circle half way in the center of the area.
The Ithorians thinking that they had a long walk to the castle continued to stroll on. Suddenly a strong female voice came at them from the right.
"Greetings my Ithorian brothers to Naboo" someone said.
The group looked towards where the voice was coming from but only saw a tall bush that looked out of season standing next to a small round waterfall. Sio raised his hand palm up and pointed at the skinny plant and said. "It is my great pleasure to introduce you to the ruler of the Naboo! Queen Amidala!"
As they looked on the plant turned around to reveal a white and fair humanoid face with red lips and a red dot on each cheek. It was not a real plant at all but a beautiful gown made out of fallen leaves from the native trees of Naboo worn by an even more beautiful young woman. No wonder it looked like a plant from the back that was out of season in these warm summer months with its brilliant red and gold colored leaves.
The group leader of the Ithorians advanced slightly and bowed in respect, soon the others followed.
"It is I who should be bowing to you." the queen said with much respect, "If you would not have come to help us, many rare plants and animals would face certain extinction due to the carelessness of the Trade Federation."
Everyone then got in a line and slowly introduced themselves, Esoom was at the back of the line and a little nervous because he had rarely ever left Ithor except for on a herd ship.
"And you must be Esoom!" the queen said when it was finally his turn, "Your Elder spoke very highly of you and the advancements you made on your little friend here."
"Thank you Queen Amidala, it is a pleasure to help you." Esoom said happily.
"I will be sending my handmaiden Padme with your group and my personal astromech and friend R2-D2. They will report back to me and let me know how well the progress goes. They will be meeting you at the cleanup site tomorrow."
"Thank you again your honor." Esoom said again and he and R2-CM bowed one more time.
Steeping back to address the whole group the queen belted out loud. "Thank you again my brothers, let me know if there is anything I or my fellow Naboo can do to help! I am sorry I can not stay and chat but I have many other things that need my attention before the sun sets."
The queen turned and headed down the center path towards the castle. As she walked hidden security personnel popped out from behind the trees and followed behind her.
Sio Bibble then addressed the group. " Come! let me show you to your rooms, you must want to rest and eat after such a long trip. We will start fresh and early in the morning."
The group then followed Sio to settle in for the night. 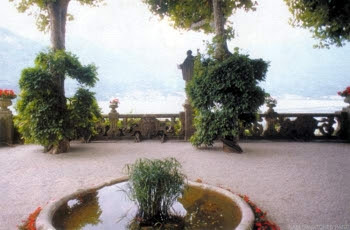 Later in the evening before the sun was ready to set, Esoom strolled outside his room where his astromech friend was starring at the scenery threw a marble railing. The two of them stood there quietly and watched as the Sun started to set. After a while the little droid let out a small sigh.

"Yes R2-CM I have seen many sunsets in my time too, but never one like this."Esoom said as he realised he no longer felt like a stranger to this new land.