Last week was the release of the new Star Wars Miniatures set called "KOTOR" and most of us builders are also avid fans of the game so we decided to have a build/Booster opening party.
Notice Patches looking at the 6 and a half cases of boosters. Jason and James and I got most of the pieces we wanted. After opening boosters and checking out Denny's new Scout trooper helmet from episode 3 and stuffing ourselves with pizza we helped Clay build some new motor holders with my old motors and wheels. His old power wheel set up was to loud. 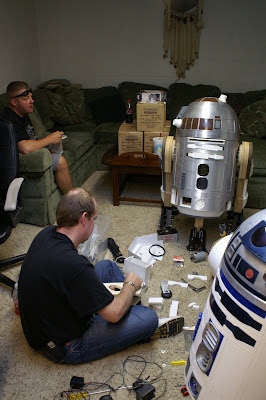 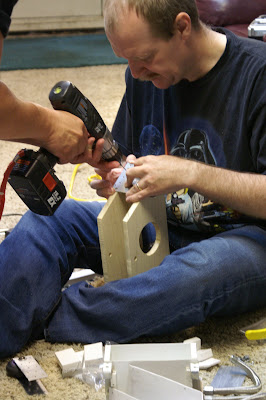 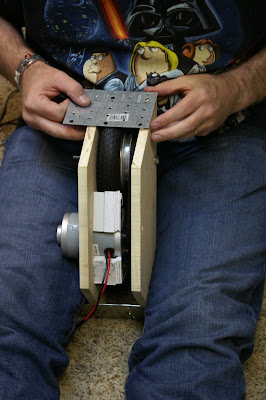 It is not a fancy A&A set up but it works just as good and now his R2 is nice and quiet. 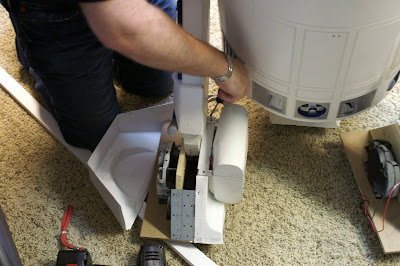 I also made a new aluminum mounting bracket for my dome motor and put some traction tape on the lazy susan. Now no more squeaks or hang ups :)
You can also see my temporary fire extinguisher. 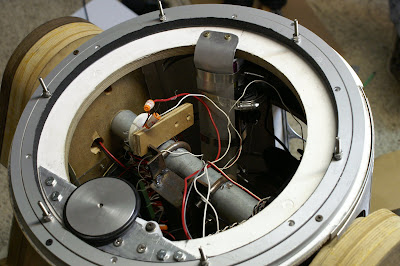 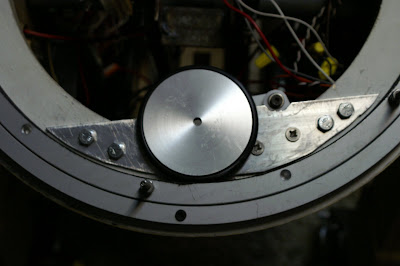 Patches extinguisher will eventually be in the dome some day. 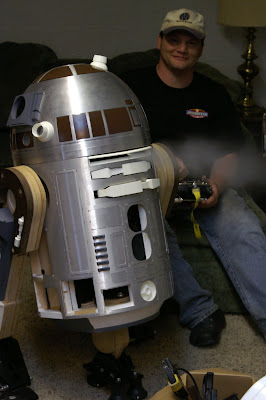