During the build night Brad and I helped Syrena get her R5 legs mounted to her frame.
Once Syrena finished sanding the frame flush we temporarily mounted the skins to locate the position of the pipe holes. 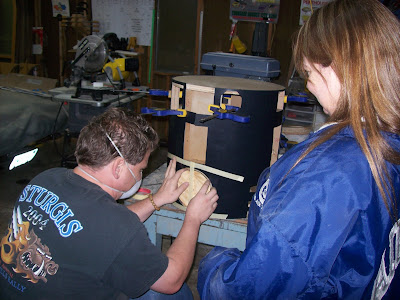 Once the location for the holes were marked and I was sure they were in the same location on both sides I drilled the holes while Brad and Syrena held the frame level and still. 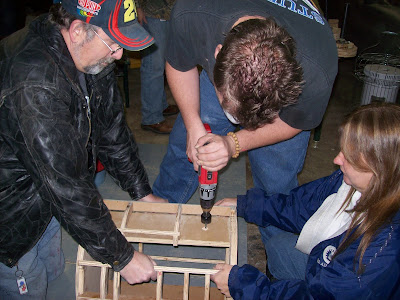 Next Brad cut the pipes the the right size while we held them still. 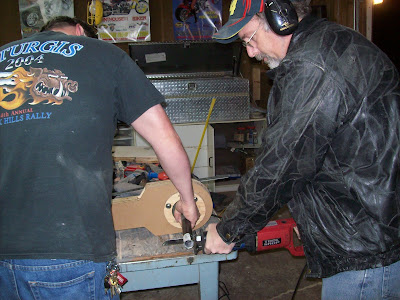 Tada! The outer legs are on. 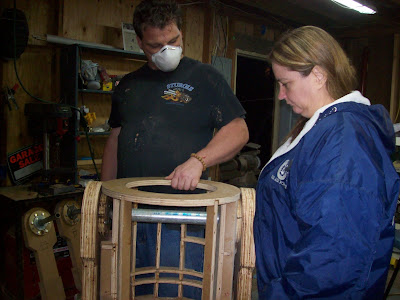 Next after we marked some angle iron for the inner frame Brad cut the pieces while we held them still. 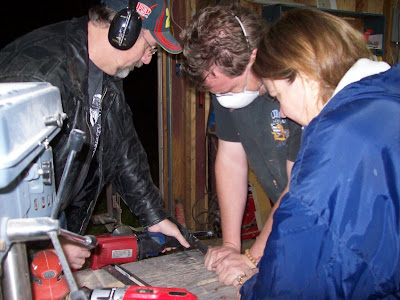 Brad then welded most of the pieces together before we called it a night.
Yet another droid for the army is well on the way to standing tall. 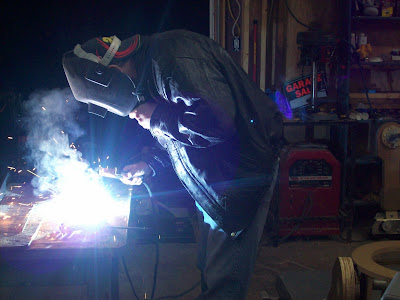