After working on the TARDIS some of the group came over to work on stuff. Denny was the first to show up so I helped him with is Clone Costume. 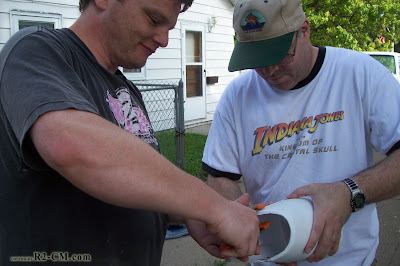 Here is his assembled calve pieces. What a ham :)

I also removed any tape from the pieces I painted the day before. Then set them aside to cure some more in the sun. Ohhh shiny! 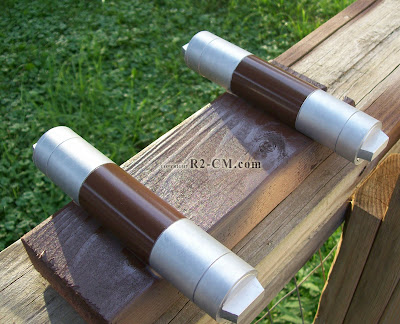 Dawmer came over next so we could fix his leg problem. One leg was sticking back more than it should have.

After Jeff unbolted one of the legs we all got together and held the legs straight and parallel. Then I drilled a new hole for the mounting bolt. Big D then bolted everything back together. 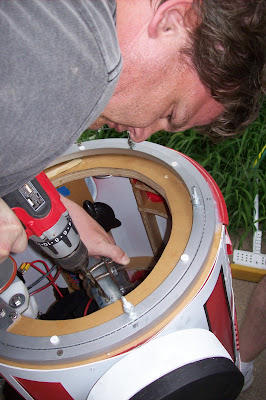 Next Jeff went to work sanding his center vents to the right shape and installing the slats. 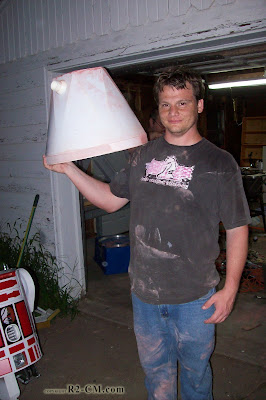