First I want to say...Whats up with hardly anyone Blogging right now?!?!?!


I started today by making a mounting bracket for the front logics out of some scrap pieces of MDO. 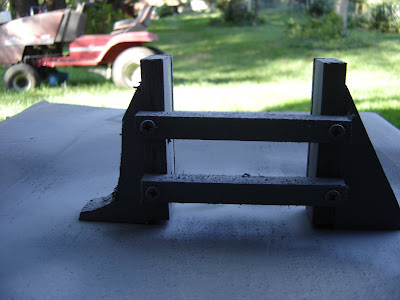 The logic boards will slide into these groves and held in place by the front panel piece. 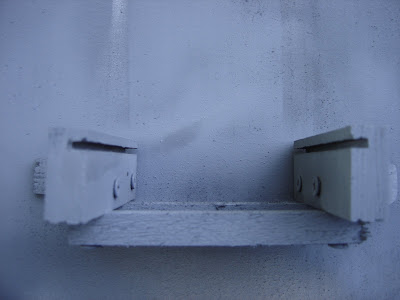 I had to put a curve in one side so the PSI would fit next to it. 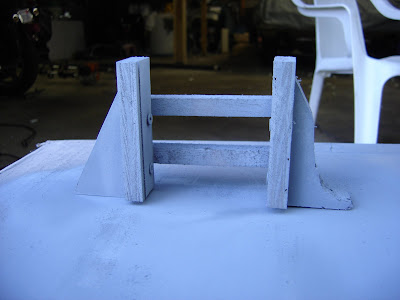 The bracket is also bolted in from the bottom ring so it does not slop around. 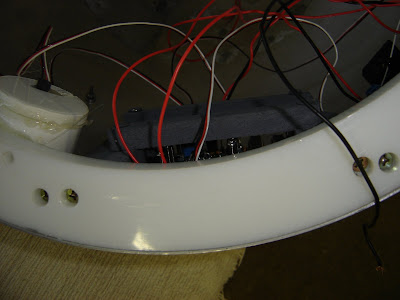 Next I drilled some servo mounting holes in some 350 hinges 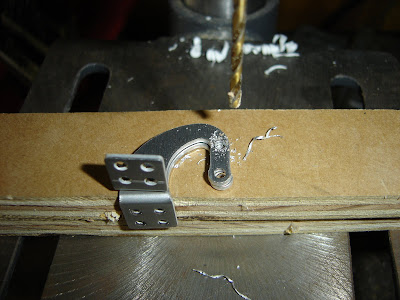 I used some 5 minute apoxy to attach them to the dome. 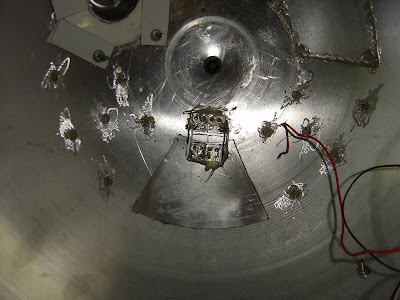 Now a few of my panels can open. I will do more in the future. 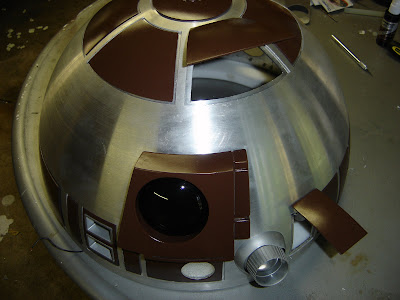 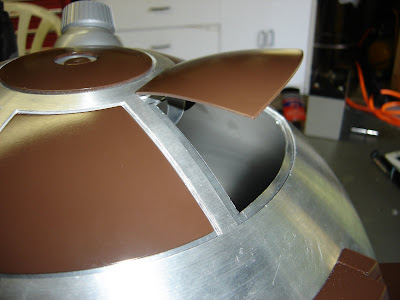 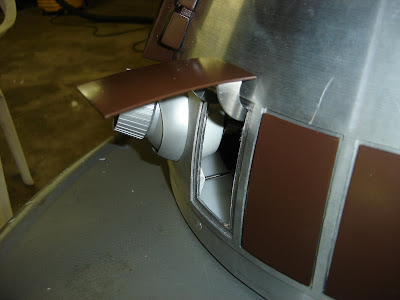 Kieth's Resin PSI holder was to small for the rear one without seeing the plastic near the edges so I made my own out of a crystal light container which was the right size. 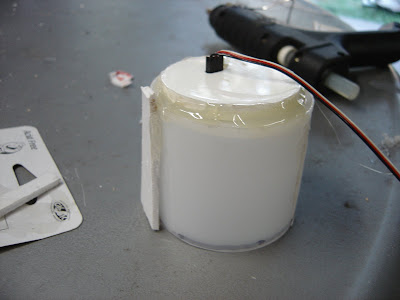 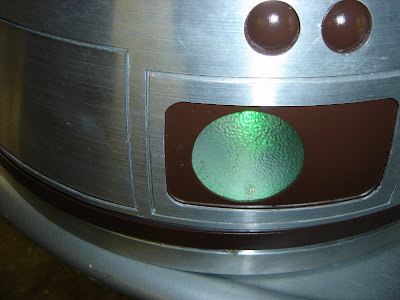 Now that the basic dome electronic are in all I need is a slip ring so I don't need a battery in the head all the time. 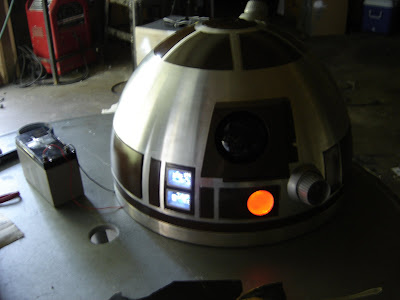 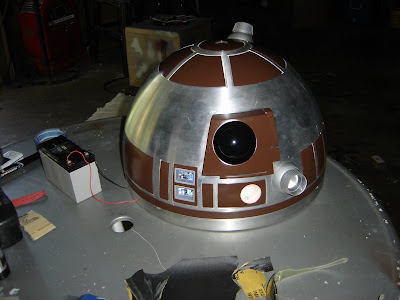 Dash came over after a while and he started cutting out his dome panels on his new dome. 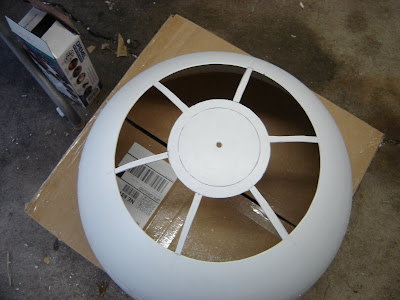 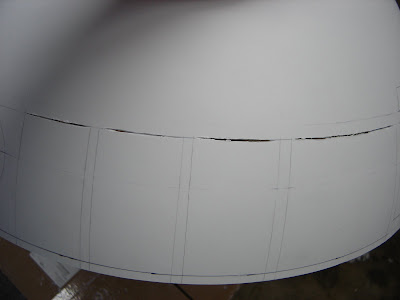 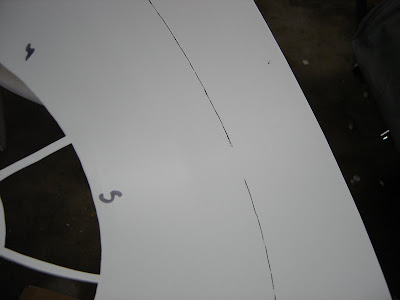 I also helped him glue up his A&A legs and install the wires. 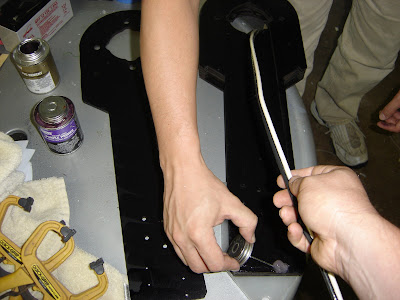 Lastly we finished off his other frame that we all built together. 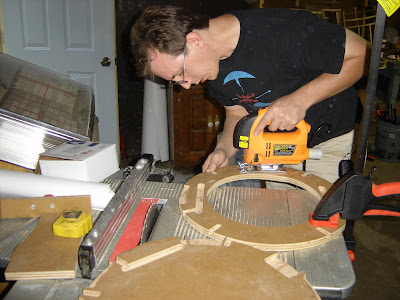 We glued it up and made sure it was square and left it to dry over night. 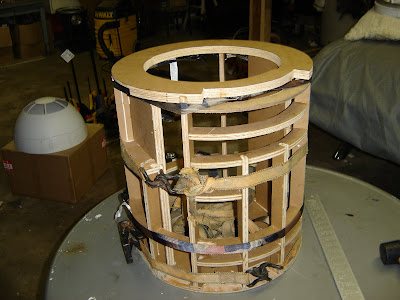 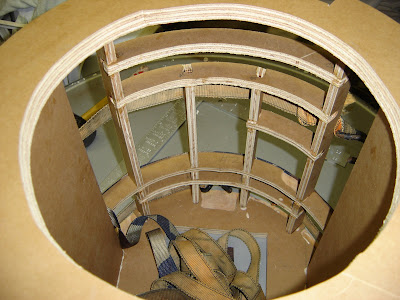 Start Blogging people! I have nothing to read! HAHAHA
Email ThisBlogThis!Share to TwitterShare to FacebookShare to Pinterest