I have not seen any blog posts on the web cast side of the R2LA so I thought I'd better do one. I was one of the many web viewers that day. I started watching around 1pm my time and had a blast.

All photos in this post were taken by Victor and should get full credit for them.

Inside Senna's home he converted his projection screen TV into a large viewer so the R2LA attendees could interact with us webbers better. You can see my name up there a few times! DarthMoose74 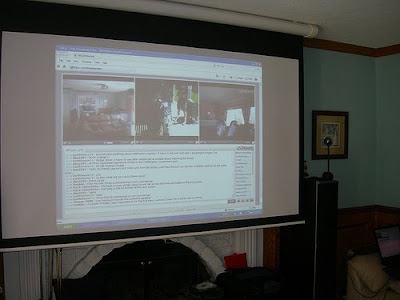 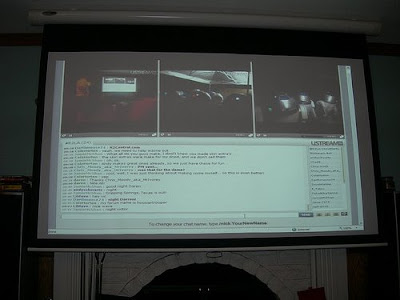 Victor, Will, McMaster and other people took us on tours threw out the day. 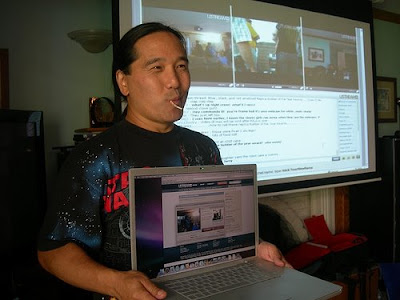 This is us Web casters watching the award ceremony. 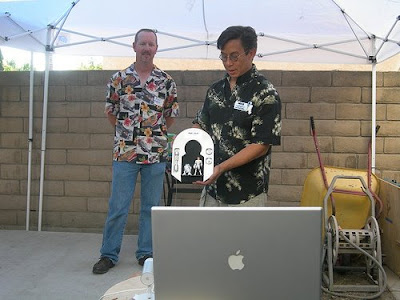 They did leave us outside while filming the Easter Eggs for the DVD though LOL. 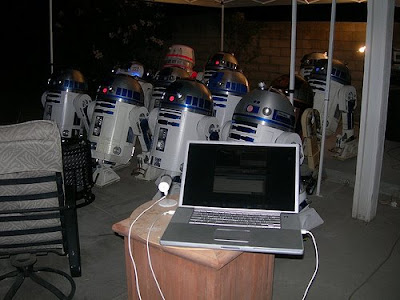 Senna was giving everyone fortune cookies and was nice enough to open some for us web watchers. Mike told everyone I was from Alaska because my name is Moose while he opened mine and people believed him. Thanks Mike :P HAHA 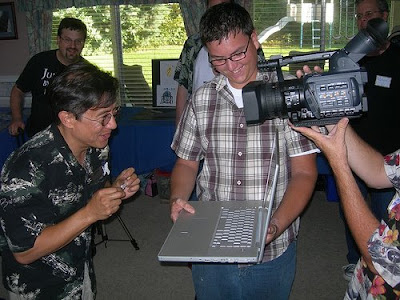 Cole and Darren who were on the Web cast were nice enough to do trivia prize giveaways all day including a new plastic dome! I was lucky enough to win a set of skin extras.

Even the all mighty DON BIES came to the web chat and talked it up with us a few time!

All in all I had a great time and look forward to other events doing something similar for us folks who can't afford the gas to go.
Email ThisBlogThis!Share to TwitterShare to FacebookShare to Pinterest