We are made to suffer, it is our lot in life. :P

Tried to get some stuff done these last few days and had nothing but problems.
After the first coat of paint dried on the dome ring I put it on my dome just to see what it looks like.
To me it seems the area of the inner dome that shows threw the spaces looks to big. (Yes my domes are fully seated) I was wondering what anyone else thinks? 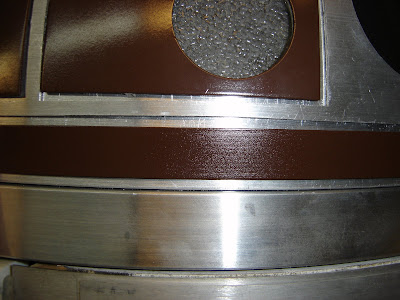 The next problem is the first two pieces I painted with the chrome started to get all funky on me because I sprayed it on to thick so I had to strip them and repaint them. 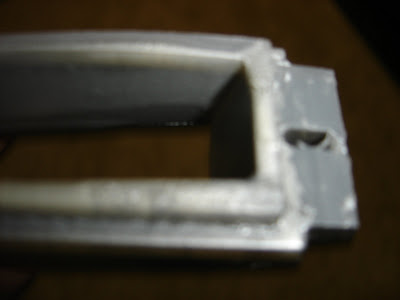 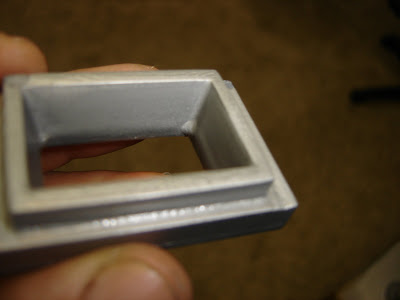 Instead of using paint stripper I decided to use my carburetor dunk barrel that I was using at the same time for another project. The parts came out clean but now smell like a used car. OPPS! It will take some time for the smell to wear off. 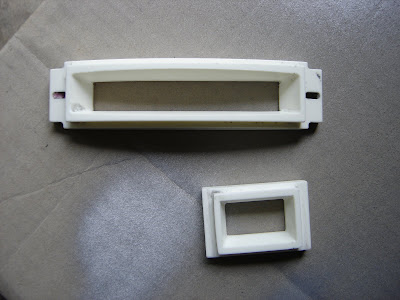 The next day they smelled not so bad but you can still tell. HAHA. I went ahead and repainted them both anyway. 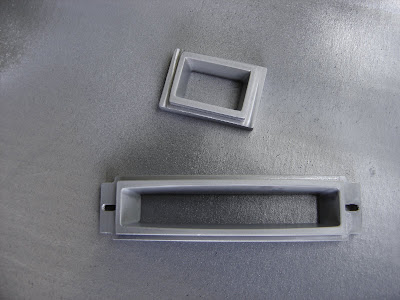 The next day after they tacked up I started to install the rear one on the dome. Lucky me the JB weld that held the bolts in place let loose from the inner dome. So I had to pop the outer panel off. Just my luck it popped of and hit the soft pillow I had it set on :) Then it bounced up and chipped against the newly painted ring on the edges :( Back to the garage for some touch up they go. 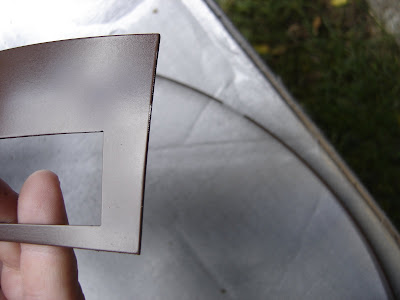 I cleaned up all the hot glue that held the brown panel on and installed some new 4-40 bolts. This time I did not glue them in. I just tightened them together with the rear logic surround. If I ever need to take the resin surround out I can just pop off this panel again. 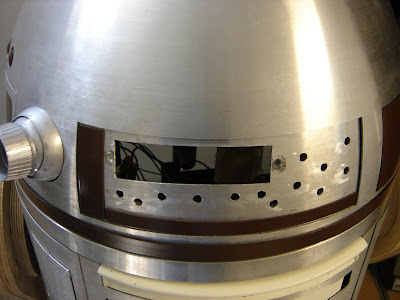 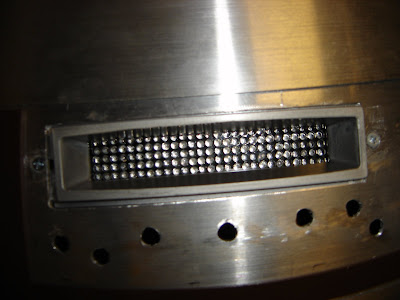 After attaching the logic board the the surround I installed some of the other wiring and the rest of the Holoprojectors. 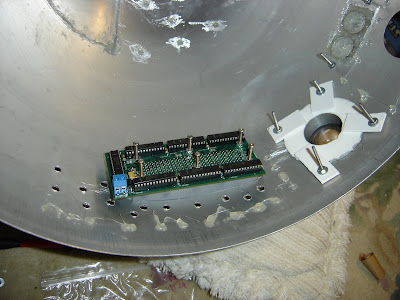 The front logics brown "8" piece I glued into place and will leave it clamped till tomorrow night. 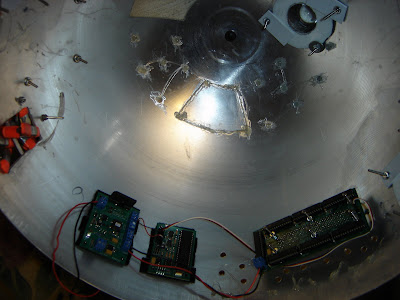 I tested out the rear logic to make sure I did not break anything else... 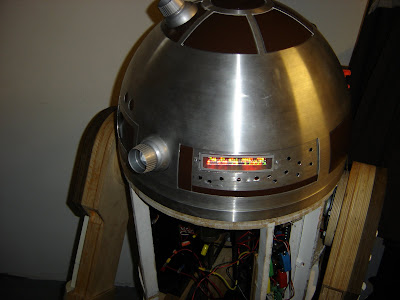 So far so good. The panel I touched up is tacked but not cured where I painted it but I could not help myself to just set it in place with no glue and take a picture. 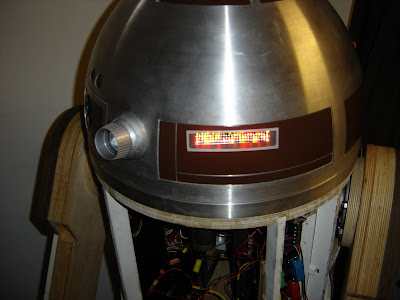 Here is a pic of the painted front holo that can move and the "8" piece being clamped. 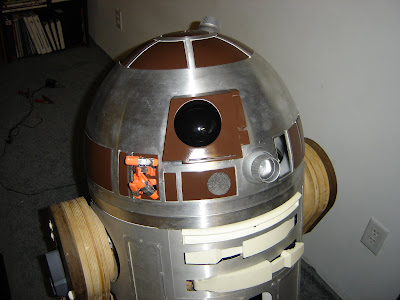 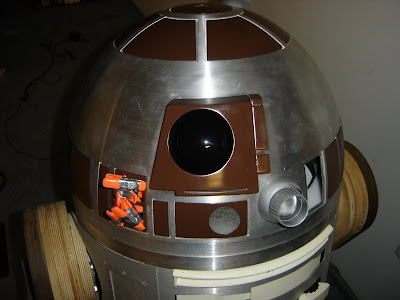 Tomorrow I will skip to getting the 350 hinges partially installed for the few opening panels and make a device for holding the front logics.

I have a lot to do to the dome before next Tuesdays event!
Email ThisBlogThis!Share to TwitterShare to FacebookShare to Pinterest

I feel the small amount of inner dome that is showing in the gap will be unnoticeable. I think I have the same issue somewhere on my dome, and no one ever notices, not even me.

You guys are making amazing progress over there, keep up the good work!

I have the same issue with my 300mm dome. I've seen this dicsussed in chat and it's a know 'flaw' that the inner dome is too long. One fellow used a router table to shave his down a bit. I'm just going to go with it, it's not a whole whack out and most won't even notice it. Don't sweat the small stuff.

You guys are doing great with your builds. I wish I had a support crew like you have.